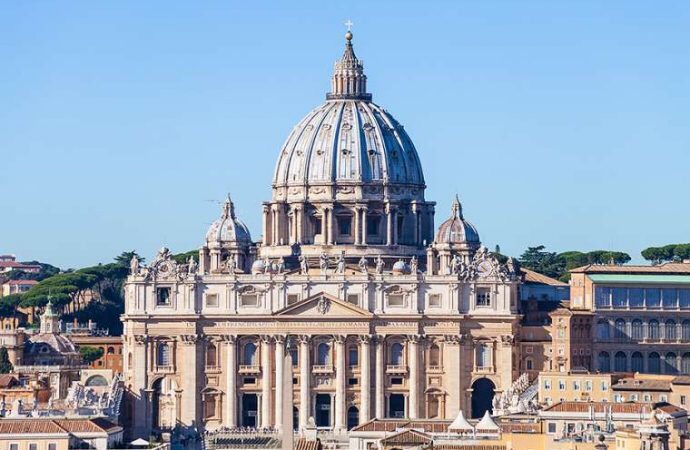 In the beginning of August, Pope Francis made a formal change to the Catechism (formal teaching of Catholic doctrine) that made the death penalty inadmissible in all cases.

Here’s what the New York Times had to say:

…Francis said executions were unacceptable in all cases because they are “an attack” on human dignity, the Vatican announced on Thursday, adding that the church would work “with determination” to abolish capital punishment worldwide.

This is not a surprising development from the head of the entire Catholic Church (and the vicar of Peter in the eyes of Catholics.. basically a living apostle). Pope Francis has long opposed the death penalty, and has advocated for it’s abolition.

The case against the Death Penalty

The basic theology behind this stance is that all men and women are created in the image of God (Imago Dei) and therefore have infinite value. According to Pope Francis, even the most heinous of sins or trespasses do not remove that dignity or image of the divine.  If men and women are truly the image of the divine, then as marred and broken murder, rape or terrorism might be, there is still a divine spark to be respected.

To see this doctrine in a wholistic way is to see that the same line of Christian thought that prohibits abortion also condemns the death penalty. A true pro life theology maintains that belief from cradle to grave.

According to the NYT, a majority of the world has already made the death penalty illegal (most of them being Catholic majority nations). But what doe Evangelicals think about the death penalty? That is a very different story..

Currently, 31 states permit capital punishment by law. The most widely practiced form of capital punishment is death by lethal injection of drugs. However, it is still legal to carry out the death penalty by electrocution, gas chamber, hanging or even firing squad. (Fun fact; in 2015 Mormon governor Gary Herbert signed a law that reinstated death penalty by firing squad. True story.)

Here’s where I think it gets interesting. The states with the highest rates of executions are pretty much entirely in the Bible Belt. Texas is #1 for executions. Current governor Greg Abbot? Practicing Catholic. #2 is Oklahoma. Governor Mary Fallin is a practicing Christian.

According to polls, 55% of Evangelicals are in favor of the death penalty. So there’s still a strong belief in it.

All these stats being said, I think it’s time Evangelicals take a cue from Catholic Brothers and sisters and fully embrace the doctrine of Imago Dei.

Evangelicals are great at experiencing God. And we’re great at communicating what we believe. But we’re not always so good at reconciling the two. We’re all in against abortion; yet we lose our conviction when it’s a convict? Something doesn’t make sense. Seeing the death penalty as something against the teachings of scripture is not a revolution in Christian doctrine; it’s simply the logical sum reconciliation of it.

That’s what I respect about Pope Francis. He didn’t necessarily announce a doctrine that was contrary to Catholic life or belief. He merely recognized the doctrine, evaluated the system of communicating teachings and values, and put two and two together.

I think Evangelicals would do well to do the same. To be honest about ourselves and be consistent in our beliefs when it comes to the image of God printed on all of us. And I think it challenges us to ask whether we’re really creating a world around us that reflects the teachings of scripture. For American Christians, I believe it challenges us to examine what beliefs we hold that is a product of history and tradition and not of heavenly command. It is only by sober self examination that these doctrines can move forward.